Time to lay the whole “boss babe” thing to rest?

Originally published in Fearless She Wrote.

Don’t get me wrong — I’m as ambitious as the next woman. I have an MSc from the London School of Economics and Political Science and I’ve spent my fair share of time sitting at an office desk sporting a blazer (though it feels like a thousand years ago round about now…) But there’s something that really grates on my nerves when I hear terms like “career woman,” “girl boss,” or even… dare I say it…“boss babe” — and I know I can’t be the only one.

There’s more to this pet hate than how silly such terms may sound — especially when used in the corporate setting that I assume they are based on. The very fact that ambitious, career-focused women are pigeon-holed in this way — as though regardless of what this “work” is that they are actually doing, their most resounding niche is their gender — completely undermines the individuality and the particular ambitions of the woman in question.

Think about it — do these stilettoed stock photos or generic “career woman” references really pay any intention to the actual nature of the work in question?

Is this woman a lawyer? A PR specialist? A programmer?

Does she work for the government? The UN? A retail brand? 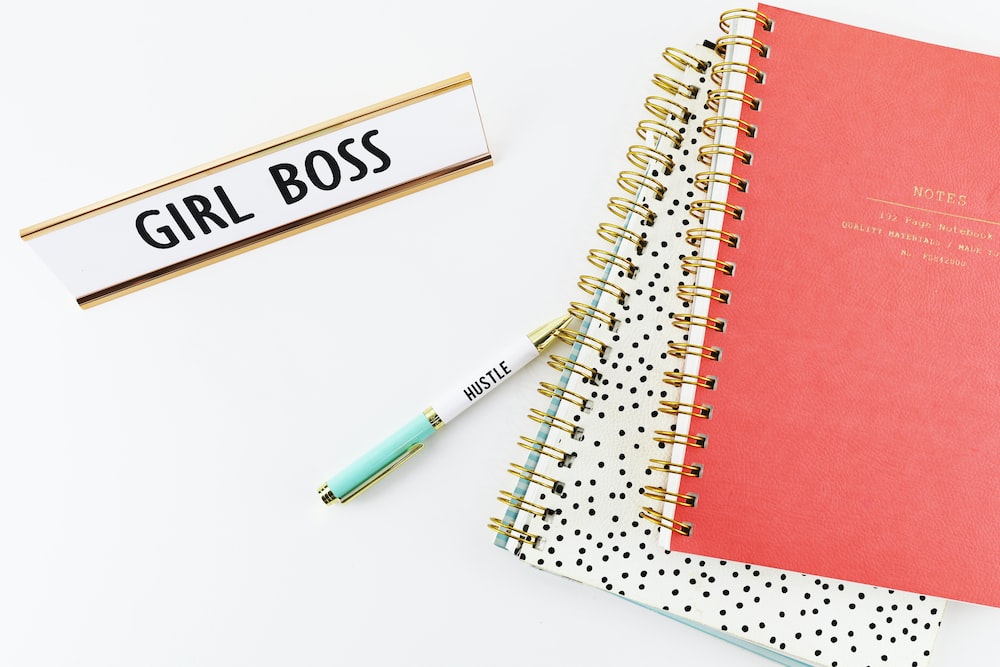 Going by the current narrative, you would be forgiven for assuming that the crux of any woman’s career depends on whether she wears heels or flats. Her important business decisions may include whether to sport a pencil skirt or a trouser-suit. And her most career-defining move? How she juggles being a “boss babe” with more female things such as husbands, kids, housework, and maintaining radiant skin…

The point is, although gender inequalities have come a long way, they still exist. And within more privileged circles, they often manifest through the insidious yet often subtle form of women being seen for her gender before anything else. As though being a woman is a category in itself. A personality trait.

Even Medium has “Women” as a topic. But what does that mean exactly? Are “women” a category just like “health,” “technology” or “sports”? A take-it-or-leave-it interest of a select few? What about men?

Sorry — “men’s issues” are just issues. Men are the default. Silly me.

Sure, much of this gender-biased reality is not ill-intended. Women across the world have finally been able to raise their voices in recent decades —finally entering the workforce, academia, and politics in at least near-equal measure to men. Of course, this is something to be celebrated and encouraged— but we can’t stop there. We can’t welcome women into the spaces they have long been deprived of only to then continue to single them out as some sort of minority or novelty feature.

This, of course, is comparable to how ethnic minorities in the West are also being treated as they become increasingly (albeit somewhat slowly) empowered — and yet often find they are still seen for their race above anything else. As a result, many feel like some sort of novelty or involuntary representative for their community, rather than a unique individual who just so happens to be of particular ethnicity or gender, among many other things.

The bottom line is, the “career woman”/ “girl boss” trope is patronizing, limiting, and perpetuates the long-ingrained belief that women are a step behind their male counterparts. It suggests that the work we do is irrelevant — what matters is how we “power dress” and how we are apparently so inspiring for, I don’t know — having a career in the first place?

And what if you’re not a “career woman”? Whether you work or you don’t, what if you have other priorities in your life? If you work to live rather than live to work? What if your main purpose is something other than how you make money: your family, your friendships, or your hobbies, for example? Does this mean you are betraying feminism, and disrespecting the pioneering feminists before you?

Of course not. The keywords here are choice and individuality.

The core of this issue is our continued ingrained belief that men are the default human, and women are the sub-category; the add-on.
I’m not here to say we should completely uproot the English language. However, there are simple language swaps that are being increasingly adopted due to their sexist undertones. For instance, professions such as “policeman,” “fireman,” “postman” etc. are being phased out, with words such as “officer,” “worker” or simply “person” being used in the place of the word “man.”

Such matters may seem trivial in the scheme of things, but language really does reflect mindset. And so, we need to be as mindful as possible of how we use our words and our implicated gender assumptions.

As explained in a previous article, seeing men (specifically, white men) as the default human, and women as the add-on is still an inherent belief many of us can’t shake off — and it worryingly still infiltrates the ongoing gender bias in life-or-death procedures such as medical trials, crash testing, and emergency service protective clothing.
How to move forward?

I’m not here to condemn any of the “influencers” or “Instagrammers” who use such terms in their bios — if their content is empowering and inspiring then I may even give them a follow! It’s not their fault how these concepts came to be, or the connotations they may have. They aren’t the ones responsible for the gender bias of health and safety procedures, and it may not be obvious at first glance exactly what these terms and well-intended messages can imply.

All I’m suggesting is that — although we shouldn’t be ashamed of our femininity or identifying as a woman — we should stop defining ourselves as women alone. As women-doctors, women-writers, or women-bosses. Can’t we just be doctors, writers or bosses like men seem to get away with?

Although it’s great that we are normalizing female presence in the workplace, and encouraging ambition and drive for success in women rather than simply parroting the old priorities of staying thin, finding husbands, or spending money on looking pretty — in many ways, these latter remnants of our past are lingering on — even if in the guise of pretending to be career tips.

There’s nothing wrong, as I previously discussed at great length, with bringing more feminine energy — whatever that may mean for you — to the workplace. In fact, I am the first to support our timely breakup in workplace culture with the norms and expectations of our masculine-dominated past.

However, women are not another species. We don’t require our own category. We are not a niche. We are not defined by being a “career woman” a housewife, or whatever else. So please — for the good of both women and men — let’s leave the “career woman” and “girl boss” ideal to rest, and focus on the impact we really want to make as individuals with unique goals, aspirations, and skills— regardless of our gender, ethnicity, or whatever else we are all-too-often defined by.

Could you use some advocacy content for your organisation, publication, or blog? Contact me today to let me know what you’re looking for!

One thought on “The “Career Woman” Trope is Inherently Sexist”